This creative force has been collaborating between offices and across the country for over 20 years. Each editor brings masterful expertise, a dynamic blend of talent and creative thinking, with an unparalleled dedication to Cut+Run’s culture and mentorship of an amazing roster of young talent.

Accolades that include Cannes, Emmys, D&AD, AICE, AICP and the London International Awards just scratch the surface of the combined recognition this team has achieved. Inspiring and celebrated on the world stage, their prowess in skill is only surpassed by how awesome they are as humans.

Part posse, part family, partners in spirit for years – this makes it official.

An award-winning editor at the top of his game, Jay Nelson ’s distinguished work has been seen during every Super Bowl in the last ten years, including Grey Poupon’s Emmy-nominated “The Chase.” Jay edited the 2015 Sundance opening film The Bronze, co-wrote and co-edited the acclaimed feature documentary Wild In The Streets and has contributed to such films as World War Z and Pirates of Somalia, starring Al Pacino (Tribeca Film Festival).

Shots Awards shortlist for Editor of the Year, Frank Effron is sought after and renowned for his diverse and compelling style. As he would say, he knows how to edit.

With a passion for storytelling and music, Pete Koob is the award-winning editor behind Adobe’s “Click Baby Click” and Zoosk’s romantic “First Comes Like.” Xfinity, CarMax and Mini have featured Pete’s comedic touch, while Xbox showcased his dark cinematic style with the “State of Decay” short films. He has collaborated with notable directors Isaiah Seret, Aaron Stoller, Shawn Levy and Mike Maguire on category defining, highly entertaining projects.

And finally, Robert Ryang is known for both his evocative documentary work as well as his standout comedic timing. His collaboration with director Floyd Russ has earned a commercial Emmy nod for Ad Council’s “Fans of Love”. Most recently, their work on the short film Zion premiered at Sundance where it was acquired by Netflix and was shortlisted for a 2019 Academy Award. Robert has made a name for himself as a notable comedy editor, working with Randy Krallman on multiple Geico campaigns and Eric Wareheim of comedic duo Tim and Eric on several IHOP spots for Droga5. 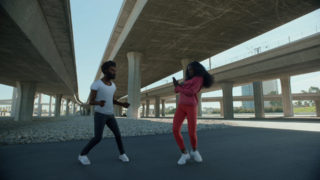