The founder and owner of Cut+Run on working with the likes of Chris Morris and Daniel Kleinman, professional kickboxing, and starting his career aged nine.

Steve Gandolfi cut his teeth in filmmaking as a nine-year-old runner. A chance conversation about future ambitions with his then hairdresser led to him running (literally) around a music video set for an artist who went on to become “massive”, according to Steve. As a young editor he worked with Chris Morris, one of Britain’s most brilliant – and outrageous – comedic minds, on spoof news show The Day Today. He’s been working with Daniel Kleinman, the most awarded director in the world according to Gunn Report, since the early days of his editing career. It’s through his work with him, Steve says, that he shaped his career and learned the importance of the relationship between director and editor.

That career eventually led Steve – who has been named Britain’s Best Editor numerous times – to launching his own company. Its original name of Ruthless Cuts didn’t last long due to an amusing name rights battle with another newly launched shop. And so, in 1997, Cut+Run came to be. Originally launched in London, the editorial shop now also boasts outposts in New York, Austin, San Francisco and Los Angeles, where Steve calls home now.

LBB’s Addison Capper caught up with Steve to find out more about his career, the importance of martial arts, and the marriage-like relationship of an editor and their assistant. Read the interview on Little Black Book: https://lbbonline.com/news/5-minutes-with-steve-gandolfi/ 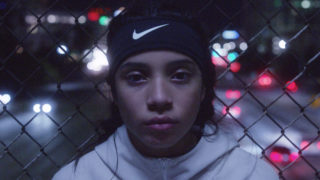