Lyft Two is Too Few

June 2019
A new video campaign via Lyft honors the spectrum of LGBTQ+ humanity with the fact that people should no longer have to define their gender by ticking one of only two boxes. The film, Two Is Too Few, edited by Ben McCambridge at Cut+Run, boldly celebrates this truth with striking beauty and the unapologetic stance that all expressions of gender identity should be recognized. Supporting the visual message is a music track recorded in 1969 by pioneering transgender soul singer Jackie Shane, who passed away earlier this year.
It’s not just talk, there’s action: Lyft is translating the conversation to activation by introducing pronouns to its passenger app, and is the first rideshare network to offer many gender and pronoun options, as well as the option to not state or list. In support of its transgender drivers, Lyft is offering free resources through National Center for Transgender Equality (NCTE) advising on the name change process, and are providing $200 financial support for name change fees, executed in partnership with NCTE. Through Lyt’s program Round Up & Donate, Lyft passengers have raised $3 million to date for Human Rrights Campaign (HRC), the nation’s largest lesbian, gay, bisexual, transgender, and queer (LGBTQ) civil rights organization. 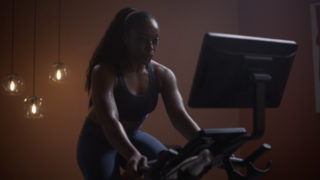