LA Times The World Is Watching

December 2019
News media and journalism has been at the center of national debate for several years, propelling media companies to express the value of trustworthy, fact-based reporting and journalistic integrity to consumers. A new campaign from the “Los Angeles Times” speaks to this importance, not only to greater Los Angeles, but also for the state of California and beyond. The world is watching, through the eyes of photographers and the words of experienced reporters documenting catastrophic events, community connections, political process, and joyful moments.
While much of U.S. news media is concentrated in an area east of the Potomac roughly the size of Indiana, there’s a whole other world – more than 2,500 miles away – in California. “LA Times” is asserting its position “on the west coast…in the center of it all” in a new brand campaign: “The state of what’s next.”
The campaign is composed entirely from photos and videos shot by The Times award-winning visual journalism staff. The creative team was led by The Times’ Chief Revenue Officer, Josh Brandau; Senior Director of Consumer Marketing, Mariana Rodriguez; and Creative Director of Consumer Marketing, Brandon Sides. The spots were edited by Owen Oppenheimer of Cut+Run, with VFX/Finishing by Jogger and mix by Lime Studios. 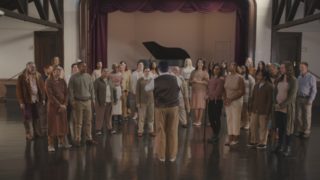