A provocative, music-driven short film, “Crazy Heart,” directed by Floyd Russ and edited by Cut+Run’s Adam Bazadona, tells the brutal true story of a human trafficking survivor and aims to raise awareness of modern day slavery. The film, which features Grammy and Golden Globe-nominated singer-songwriter Scott McFarnon, focuses on the real-life experiences of sex trafficking survivor Jennifer Kempton who was abducted and sold to a local gang for drugs and money by the man she thought was the love of her life. Few people in the West realize that every 30 seconds another person becomes a victim of human trafficking and the problem is not one contained to the developing world.

Her captors branded Jennifer as a mark of ownership and control. Driven by her terrible experience, yet empowered by her emancipation, Jennifer set out to help other victims in need and founded the non-profit organisation Survivor’s Ink, which supports human trafficking survivors and offers a donation-funded solution to cover-up, tattoos and replace slavery brands.

Scott and the filmmaking team worked closely with Jennifer throughout the process, to effectively document her story and support others who have suffered the same pain from human trafficking.

“Music and film are such great tools in raising awareness of, and fighting back against, trafficking which is a truly horrific modern-day crime that afflicts all parts of the world,” comments Kempton, “My own experience was harrowing and I hope by opening up through this video I’m able to make a difference.”

Elaborating upon what brought his music and Jennifer’s story together, McFarnon explains, “Human trafficking is a bleak subject upon which to base a short film, but when we discussed how devastating this appalling practice is, and how shockingly prevalent it is, I wanted to do something to raise awareness. Jennifer’s story is one of torture, pain and sadness, but ultimately survival – she’s incredibly inspirational and we hope that ‘Crazy Heart’ raises awareness and encourages people to donate funds to Jennifer’s charity, Survivor’s Ink, to help the victims of this tragic trade.”

Director Floyd Russ saw a connection between McFarnon’s song and Jennifer’s story, and goes on to explain how the two were united in the ‘Crazy Heart’ video: “The track is about an insatiable drive for life and the right to act on your emotions. Jennifer’s story is centered on how she finds a way to fight for her right to live her own life, to feel her own emotions. We worked on a very tight deadline, with everyone taking a leap of faith to figure things out as your moving. Thankfully, when it’s for such a powerful, important story, people are willing to make things happen they normally can’t. It’s a beautiful thing.”

Editor Adam Bazadona agrees; “Scott McFarnon’s song Crazy Heart, along with Floyd’s beautiful footage, and Jennifer’s intense and inspiring story, made for a project that was such an honor to work on. As I learned more about Jennifer’s story, and the work she has been doing to help others, I was determined to do it all justice in the edit. Collaborating with everyone involved with the project led to a great piece that I hope will help raise much needed awareness to the horrors of human trafficking and sex slavery.” 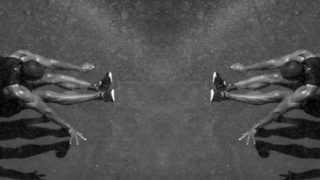