Multi-nominated artist Kendrick Lamar teamed up with the Grammys & TBWA|Chiat|Day to a promo film directed by Matt Baron, co-edited by Sean Stender, with vfx and finish by Jogger. Getting back to Lamar’s roots – his hometown of Compton – the film weaves images of the city’s gritty beauty with locals poetically delivering the candid honesty of Kendrick’s “Alright” — nominated for 2016 Song of the Year (one of 11 nominations for Lamar). 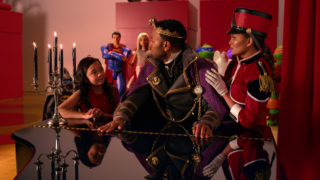