For the 16th annual Newport Beach Film Festival, Cut+Run, Biscuit Filmworks and agency RPA teamed to produce “Skeet Art,” designed to captivate and garner attention for the talented artists among us who have yet to be discovered. The campaign video and in-theater promo, directed by Biscuit Filmworks’ identical twin directing duo the Freise Brothers, is edited by Lucas Eskin. In a high-contrast black-and-white world, the story follows an eccentric, rifle-toting new-age punk and her butler through a field of high grass, where they pause to shoot a round of skeet. Clay pigeons have been replaced with homemade color bombs filled with brilliant powder, with which the sharp-shooting artist magnificently paints the sky. 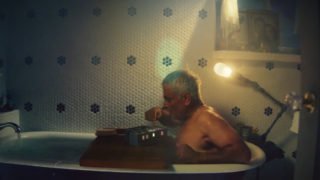