Robert Ryang edits Marriage Market Takeover, a powerful docu-style brand film directed by Floyd Russ of Tool of North America for SK-II, part of the skincare brand’s mission to decrease the pressure on women to marry for the wrong reasons. Via agency Forsman & Bodenfors, Marriage Market casts a spotlight on the controversial real-life issue of Chinese women being pressured into getting married before they turn 25. If they don’t, they are often labeled “leftover women” and viewed as incomplete, an outsider, broken.

The Marriage Market is an event that happens every weekend in cities all over China. Here, parents go to post, compare, and match personal ads, listing the height, weight, salary, values and personality of their sons and daughters. In the movie, SK-II heads for the marriage market and dominates the proceedings in Shanghai’s People’s Park with a giant installation filled with SK-II’s own marriage ads, which turn out to be messages from hundreds of independent women, saying they wanted love and be in control of their own destiny.

The ads displayed are a sincere, heartfelt way for these young women to communicate with the older generation that there was nothing wrong in them finding happiness their own way. The transformation is individual, but the call to action is global via #changedestiny. 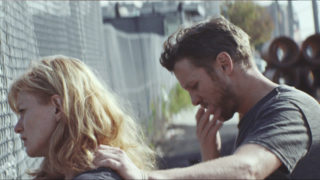